Is A Crash Coming In The Mortgage Markets? Let's See What Historical Trends Say by Greg McKinney Mineola Texas 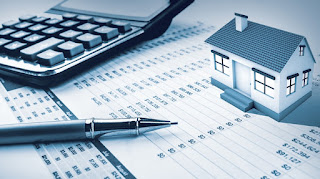 The American mortgage market has a long history of ups and down. As the economy rises and falls so does the mortgage market. Mortgages have enabled millions of Americans to live the American dream of owning a home but mortgages have also caused the ease of getting a mortgage to have that dream turn into a nightmare when everything does not go as planned. As economies rise and fall through good times, recessions and depressions it can really take a financial toll on families especially those who have borrowed more money than they should have to purchase a home. It’s amazing to look back at home much the mortgage industry has evolved over time.

Mortgages started way back in ancient civilization. Most historians believe before written documents were prepared, people would make a verbal agreement to pay for a piece of land over time to the sellers. Some of the earliest records of mortgages are from Rome and India. The Romans kept actual ownership of the property with the lender/owner until the debtor made all of their payments. Sound familiar? These type of lending practices really grew in English law where they expanded all types of lending.

The mortgage market in the U.S. started to increase in the late 40s and has steadily risen ever since. Except for a few dips. The debt-to-income ratio has steadily increased during this time as well. The amount of mortgage debt Americans have taken on when you compare their other assets and debt continues to rise. A very dangerous trend. The U.S. government became involved in the mortgage market and this caused mortgages to grow even faster. Mortgages in the U.S. can be traced back to the late 1700s. As banks started to grow in the 1800s mortgages and different types of loans became more commonplace such as loans to farmers. But there were many problems with mortgages during the 1800s as some farmers were charged much higher rates depending on which part of the country they were in. Most lenders during this time were giving better rates to those in the northeast to build the population of this area during that time.

Mortgages continued to evolve during the 1900s. In the early 1900s borrowers would actually have to update their mortgages every year. Things really began to change during the great depression when the government became involved with the formation of the FHA and the FNMA and HOLC. One out of every 10 homes went into foreclosure during the depression.

Mortgages started to take off again after the WWII when the VA Mortgage was introduced. This allowed borrowers to borrow up to 95% of the value of the homes and repay them over 30 years. In the 1960s GNMA was established to bring consistency to mortgages across the U. S. In the early 1970s FHLM was formed to help make it easier for buyers to purchase homes.

Investors became much more involved in real estate in the 1980. Purchasing rental property and commercial property. I’m Greg McKinney from Mineola Texas and I’ve been investing in real estate since the early 1990s. I’ve seen many changes in the mortgage market over the past 3 decades.

As the mortgage market continued to evolve it became much more complicated with many more people involved through the late 1900s. The rise of different types of mortgages and the involvement of investors in the market led to a major collapse in the market in 2008. A global economic collapse occurred but no real changes came from those difficult years in the mortgage market. As the economy has recovered, we are now seeing some of those loose lending practices again which is a recipe for disaster especially when we are looking at the current booming real estate market.

A simple rule we should all keep in mind when looking back at the history of mortgages in the U. S. is we should never borrow more to purchase a home than we can afford. Markets always rise and fall. Always put at least 20% down and your payment should never be more than 28% of your income. You are much less likely to get into financial trouble in the future if you follow these 2 simple rules.

Popular posts from this blog 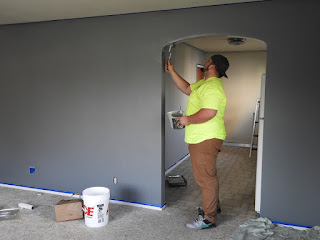 Hello,  I’m Greg McKinney from Mineola TX and we have remodeled dozens of homes here in East Texas over the past 30 years. Whether you are working on your personal home or investment property, one thing I have learned over the years is to always spend your money where you will receive the highest return on your investment. Think through each project you are doing thoroughly. If you’re thinking about updating or remodeling your home it’s a good idea to invest your money in the areas of your home where you will get the best return for your money. You want to add as much value to your home as possible while spending the least amount possible. Here is a list of the main projects I would recommend. We will dive deeper into each in this article. Paint Adding Faux Stone Updating the Kitchen New Siding The top thing you can do to update your home is a fresh coat of paint inside and out. It is amazing how drastic paint can change the appearance of a home. It can get costly to hire this done but
Read more 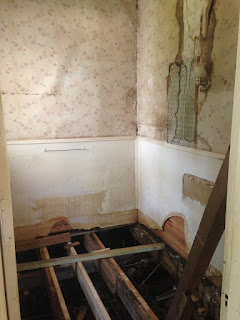 The shows on TV make it look so easy. Find a cheap house, make a few cosmetic repairs and sell it for a huge profit. They make it look like so much fun that everyone is doing it. Homes are being flipped all over the country but as many first-time flippers are learning it isn’t as easy as it seems. Many miss basic things and either lose money or make very little. Here are a few mistakes new flippers make and how you can avoid them. Flipping houses is a serious business and it requires a large amount of research before jumping in. Most new investors do not realize the time and money it will take to do a project. Most investors believe they can physically have the skills and knowledge to do the work themselves, but they quickly find out that is not the case. Having good judgment and making good decisions is extremely important when investing in real estate. A very simplified explanation of house flipping is you simply want to buy the house as low as you can and sell it for as much as
Read more 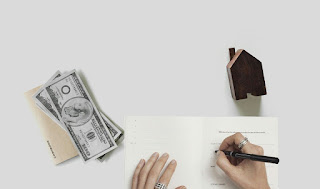 By: Greg McKinney Mineola TX When I first started investing in real estate almost 30 years ago, I was shocked at all of the costs that were associated with purchasing and selling real estate. If you are just getting started investing in real estate and you intend to purchase your first investment property for a rental or to flip, there are many costs people tend to forget when starting a home remodeling project. I'm Greg McKinney from Mineola TX and I have been remodeling houses in East Texas for almost 30 years and one of the big costs people tend to overlook are  closing costs . I'm not referring to just closing costs when you purchase a piece of property but also closing costs when you sell the property. Depending on the purchase price and resale price of the home can add up to thousands of dollars. If you use a realtor to resell the property for you the cost can go up significantly. Before purchasing a piece of property, investors should do their due diligence and speak wit
Read more